These paintings will be apart of the live auction! 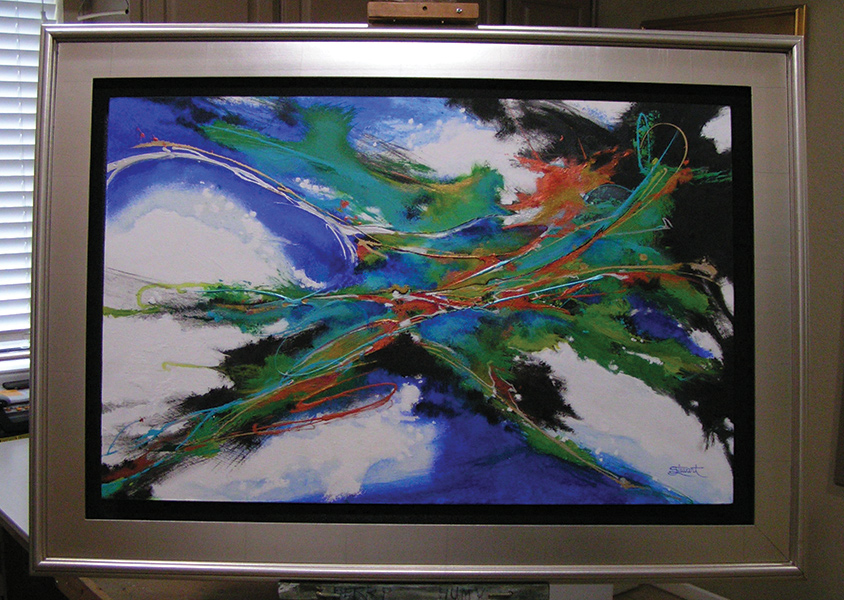 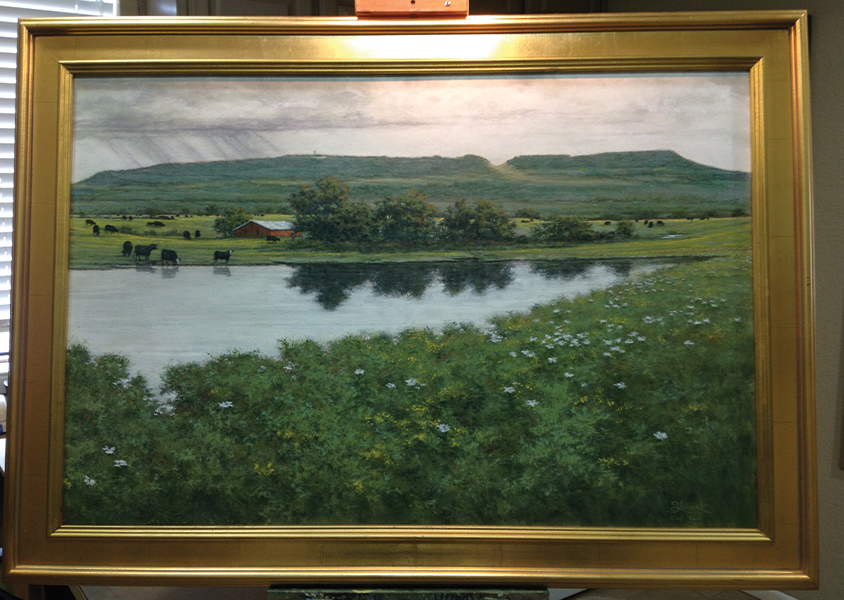 James (Jim) Stewart, is a retired architectural designer in the commercial real estate development business, who has had a passion for painting since the late 1950’s. James is a native Texan, born in Lubbock in 1942 and from his early years was fascinated by paintings and illustrations. After high school he served six months active duty in the US Army, then enrolled at McMurray University in the spring of 1962. As an art major he became a muralist, ‘plein air’ and studio painter working in all mediums. In addition he appointed as the college Gallery Master, student assistant to the Department Head, was a volunteer assistant with the Abilene art museum, and was a commercial advertising artist for the local Channel 11 television studio. He was twice awarded in collegiate division art shows. His mural “Texas Under Six Flags” still remains in the J. Rollins Library at McMurray University.

Jim’s professional career was centered in Dallas where he served as VP of Architecture for the Vantage Companies ’67 -’77, Projects Design and Development Manager for the Collins – Ridnour Company ’78 -’83, VP of Project Design and Development for Centre Development ’83 -’92 and VP of Development for Champion Partners ’93-’03. Throughout his professional career his responsibilities were primarily directed to master planning, project design and development, interior design, interior furnishing design, specification and covenant development, construction contracts and code analysis.
He kept his interest in painting by producing commission works and golf illustrations, however this took a backseat to his many sports interest. In retrospect he muses, “I should have just stuck with painting, I was never injured by a paintbrush.” After retiring in mid-2003, he and his wife and some friends, moved to Lake Chapala, Mexico, which lies just south of Guadalajara, where they lived until returning to Texas in December of 2008. In addition to being an avid golfer, Jim reignited his passion for painting in 2010 and received Best of Show in his first juried event. He has been painting professionally since 2011. To date, he has been accepted and often awarded in fifty six juried invitational, regional, national and international exhibitions. He is currently a Signature Member of the International Society of Acrylic Painters, a Signature Member of the Society of Watercolor Artists, a member the Lake Granbury Art Association, and the Pecan Plantation Art Guild. He has won six Best of Show Awards, three Peoples’ Choice Awards and numerous Jurors’ and Meritorious Awards. Over the last four years his works have been on display and sold through an exclusive gallery display at the five star 1890’s Restaurant and Pub on the square in downtown Granbury, Texas. He has also been responsible for curation and hanging of thirty-four state, national and international art exhibitions through the years from 1962 through 2019. Stewart has studied with such Texas notable artists as Robert Miller, Bud Biggs, Jim Jones, Carol Collier, and Naomi Brotherton. He is a traditional “Texas Western Landscape Painter” who is rigid in conforming to the ‘fundamental principles of art’, and believes the success of a painting is found in its composition, accuracy, dramatic impact, collective presentation and most importantly public appreciation. Of his Peoples’ Choice Awards, he states “these are my most artistically fulfilling accomplishments”.