During the Roaring ‘20s, Josephine Cogdell of Granbury moved to New York City. There, she met and married George Schuyler and contributed to Harlem’s cultural renaissance. Josephine and George were writers, and Josephine was a writer and artist. Their daughter, Phillipa, became a musical prodigy known as the “little Harlem genius.” 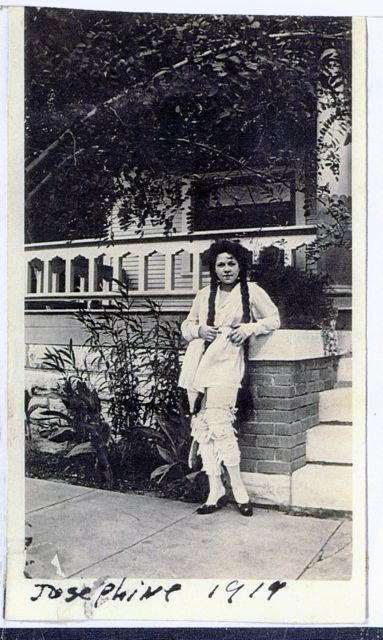 Because Josephine had entered into an interracial marriage, her parents and siblings in Texas never met George and Phillipa.  Josephine’s father was an early Granbury businessman and banker D.C. Cogdell and she grew up in the historic Cogdell House, now known as the Iron Horse Inn.

Learn more about Josephine Cogdell’s fascinating story when scholar and author Carla Kaplan appears in Granbury January 17 and 18. Kaplan will be speaking about her new book, Miss Anne in Harlem, the White Women of the Black Renaissance, which features Josephine Cogdell as one of six notable white women who embraced black culture and life in Harlem in the 1920s and ’30s.

On Friday evening, January 17, from 5:30 to 7:30 p.m., Kaplan will be introduced at a small wine-and-cheese reception at Iron Horse Inn on Thorp Spring Road. Reservations for the reception are required and admission is $5 per person.

On Saturday afternoon, January 18, from 2 to 4 p.m., Kaplan will discuss and read from her book at the Hood County Library. Admission is free and reservations are not required. Copies of Miss Anne in Harlem will be sold at both events for $25 and Kaplan will be available to sign books. Copies of the book are also for sale in advance at the Friends of the Library Bookstore in the Hood County Library.

Kaplan is an award-winning professor and writer who holds the Stanton W. and Elisabeth K. Davis Distinguished Professorship in American Literature at Northeastern University. She has also taught at the University of Southern California and Yale University.